I have to admit I’ve been sitting on these for a while, but now seems like a good time to share. Two pinups of Lily. The first… Well the shirt texture just screamed Lily when I saw it (and it turned out that the shirt itself is designed for models with… exaggerated features; it looks really crumpled on smaller breasts). The second is more of a Halloween shot and she looks so elegant in it. Anyway, enjoy. 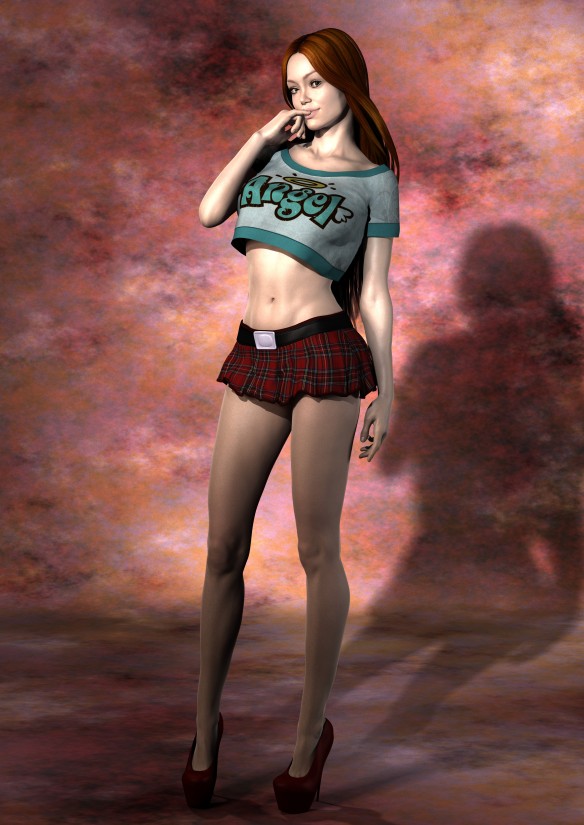 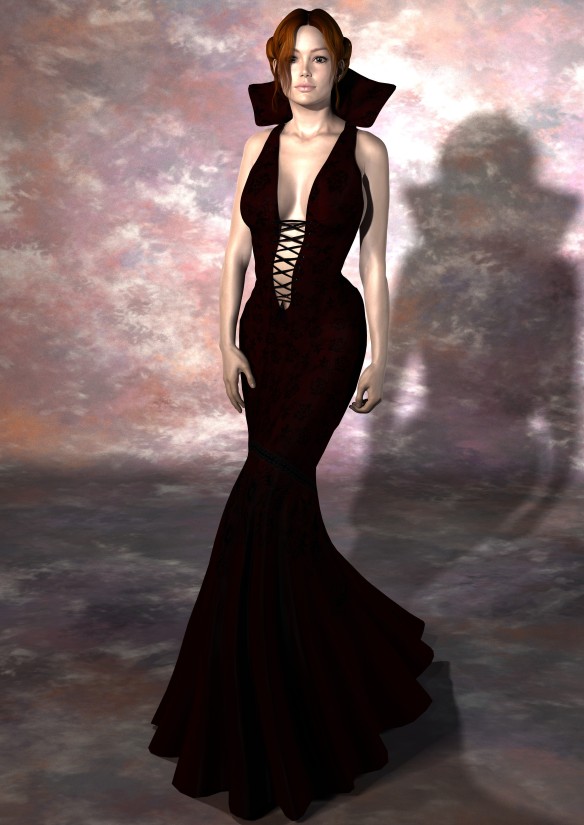 As you know I’m writing the twelfth book in the Thaumatology series. It now has a name, at least a working one, and I suspect it’ll stay. Book 12 will be called Vengeance. Make of that what you will.

I’ve also been doing some remodelling on my two favorite fantasy characters. I’m not entirely sure I’ve got Lily down right yet. May need a little more work. Ceri, however, looks awesome. She’s come out looking a little like Lena Headey, which is just a perfect look for her. (No, I’m not a Game of Thrones fan; it didn’t occur to me that she was in it until I checked the spelling of her name.)

Since this is a somewhat risque render, I’ll reveal their new look after the break. And please let me know if you think Lily looks great and I’m just being paranoid.

END_OF_DOCUMENT_TOKEN_TO_BE_REPLACED 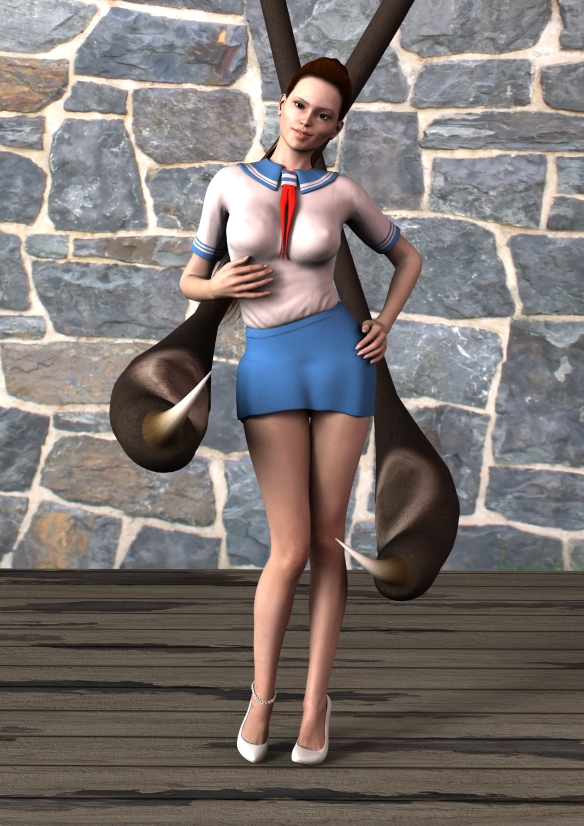 After this incident, Lily was banned from wearing any form of Japanese schoolgirl outfit to costume parties in the Demon Realm.

(I saw this costume, and it had to be done.)

No, not Lily, or even Tera, but Bo. Available for iOS and Android is a mobile Lost Girl game allowing you to create your own, customised fae character and go on adventures in the world of Lost Girl.

I’ve got it on download from the Play store (it’s free) so I’ll let you know what I think.

So, finally, a geo-grafted tail for Lily. I know most of you don’t know what that means in the technical sense, but… TAIL!

So, after the cut, Ceri and Lily, with Lily doing her demon thing.

END_OF_DOCUMENT_TOKEN_TO_BE_REPLACED

The tenth book in the Thaumatology series, The Other Side of Hell, is now available on Smashwords. Use coupon code DL66G at the checkout for a discount valid until Boxing Day.

(Amazon now has it listed too.)

The tenth Thaumatology novel, The Other Side of Hell, will be appearing in the shops this weekend. Below is the cover art for it. The full-size render can be seen at my DeviantArt site.

First off, Amazon have the worst update mechanism I’ve ever heard of, badly documented and manual in handling. That process has now been followed through, but I have no idea when links to allow people who previously purchased Thaumatology 101 to get the update will become available on your “Mange Your Kindle” page. Amazon say it could take up to a month, and I’ve no idea whether they’ll notify me. So, if you’re an Amazon customer, I can only apologise.

Second, Amazon did, however, drop me an email recently telling me that Season 1 of Lost Girl would be coming out on DVD soon. They are estimating availability on February 25th next year (that’s in the UK). I’ve been waiting for this for a while. There aren’t many good urban fantasy TV series, and this is one of them.

Actually, I won’t, though my eyes are watering a bit since I just got up. I intend to do nothing much today. I’ve had the lost week off work (more of a question of having too much holiday left than it was my birthday today) so I’ve got a lot of writing done on book 10. It’s coming together nicely. I may even have the bulk writing done before I go back to work if I try hard.

My friend, proofreader, and sanity checker, Ellen has written a little birthday meta-fiction over on her blog. Read it here: http://withthatshewrote.wordpress.com/2012/09/08/birthday/

If I’d known about the story, I’d have done a render of Lily in a cheerleader outfit, but I didn’t. I have, however, done a pin-up of Lily in her new pole-dance outfit, which you can see after the cut.

END_OF_DOCUMENT_TOKEN_TO_BE_REPLACED

Just because… Lily, ready for some labour.